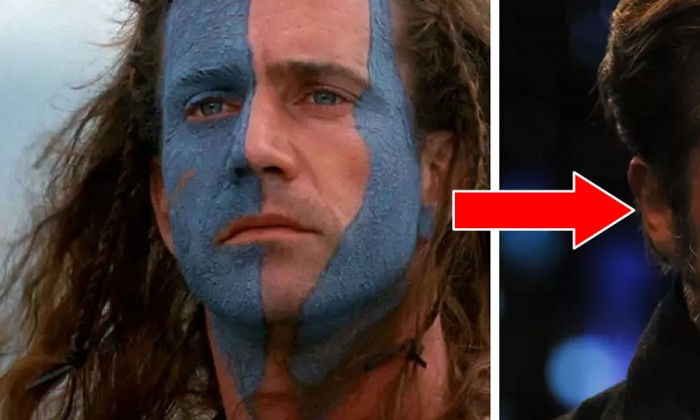 Movies have huge impact on how we perceive history. Of course, we don’t believe these TV characters look exactly the same as their historic counterparts, but we do believe that there may be some similarities – which, in reality, is not always the case.

Here are TV characters and what their historical figures really looked like:

From the looks to the wardrobe, everything is different.

Alexander III of Macedon (Alexander the Great) in ’Alexander’

Aside from the difference in appearance, the film itself is full of historical inaccuracies.

Despite of not having any similarities (appearance-wise) to the young Salvador Dali, Robert Pattinson did an absolutely great job on portraying the character.

The movie depicts King Leonidas as a brave and noble leader, but history says otherwise. During his 10 years of reign, he really didn’t do anything remarkable, except for his heroic death at the battle of Thermopylae.

Aside from Joaquin Phoenix looking nothing like historic emperor, the movie is full of historic inaccuracies.

I can’t really tell the difference. Can you? But seriously though, despite the character in the movie being overtly different from THE William Wallace, the movie was nominated for ten Academy Awards and won five nominations.

Joan of Arc in ’The Messenger: The Story of Joan of Arc’

Milla Jovovich was absolutely remarkable in the film. So, she deserves a pass for not looking like Joan of Arc. (And does she really have to?)

The title character in this movie looks very different from the legendary British leader. Plus, according to critics, the movie itself is full of historical inaccuracies.

King Henry VIII in ‘The Tudors’

The TV character may weigh a few hundred pounds lighter than the historic figure; I believe it is so, because the show was set in Henry’s younger days before his accident. His injuries caused him to be less physically active – thus, leading to weight gain.

People say, “Vivien Leigh, Sophia Loren, Elizabeth Taylor, and Monica Bellucci look nothing like Cleopatra.” But the truth is, Cleopatra look nothing like these women. Contrary to popular belief, history says otherwise – meaning: she wasn’t really THAT hot.